The lanes above Caton and Brookhouse leading to the moors were always fairly quiet BC (before coronavirus). We set out hoping that they would be even more so now, enabling us to stroll care-free, apart, of course, from the other matters that are making us care-worn. It turned out that there was more traffic than expected, some people perhaps taking advantage of the new police guidelines suggesting that is reasonable to drive a short distance for a walk.

We walked up Littledale Road, past the burgeoning bluebells of the woodland by Tarn Brook, and then along Roeburndale Road, with views opening out to the Caton windmills, to Wardís Stone and, behind, to Morecambe Bay and the grey silhouette of the Lake District hills. We passed Roeburn Glade on the site of the old Brookhouse Brick Company, which operated from the 1920s to the late 1960s. This was the last extractive industry within the Caton parish. It is still possible to come across the odd Brookhouse brick lying about. 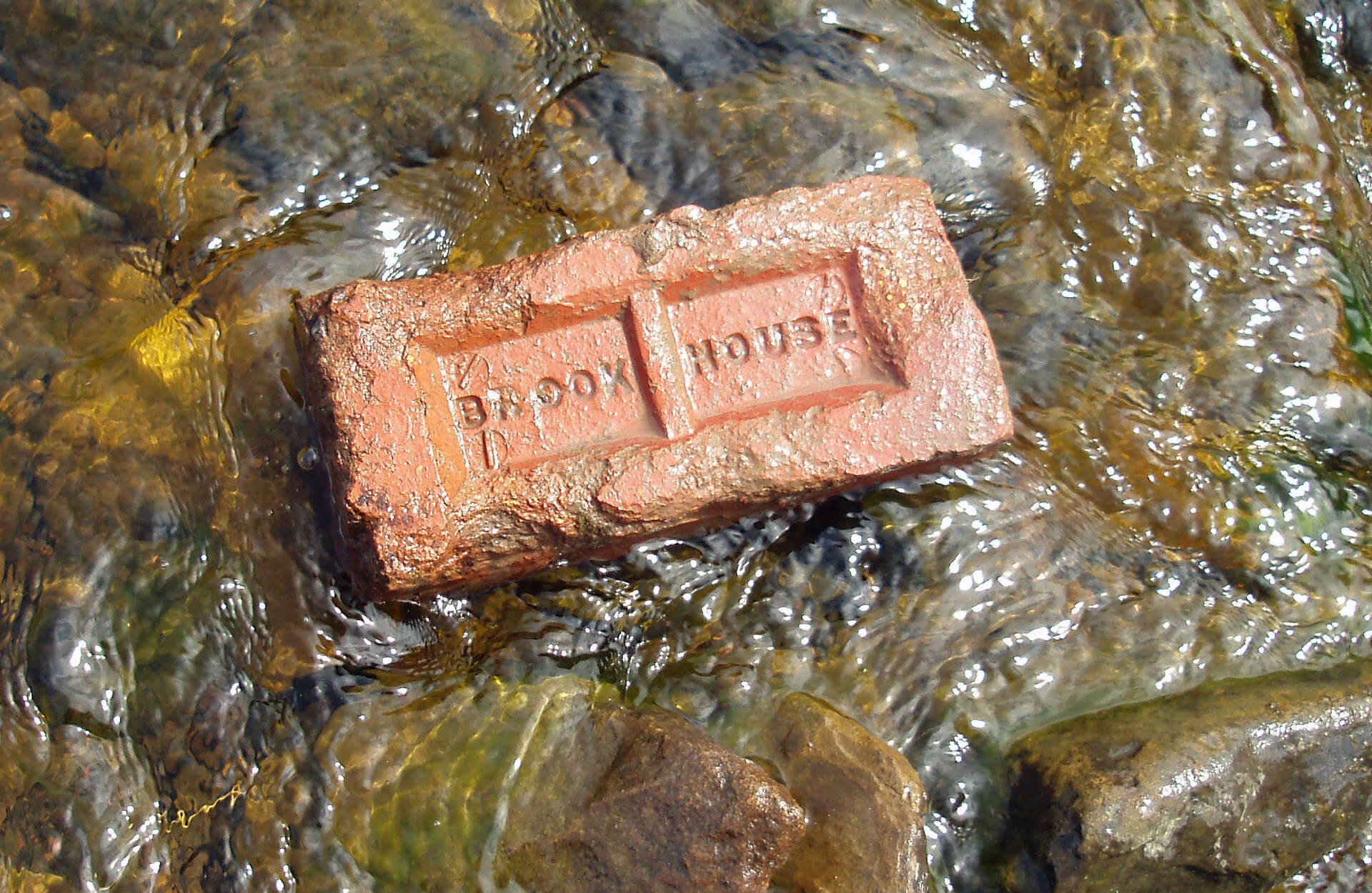 There is a long history of quarrying and mining in the region (Winstanley, 2000). At first, of course, people gathered up whatever was to hand to make walls, tiles, drains and so on, but eventually it was realised that some of the material had properties that made them valued elsewhere. On Black Fell below Clougha and at Baines Cragg there was high-quality millstone grit, which was useful for millstones (naturally) and for prestigious buildings, for example, in Lancaster and locally, such as Escowbeck House and Quernmore Park Hall. There were innumerable small quarries on the fells, some marked on todayís map as ìQuarries (dis)î. They have all been disused for some time, although a few were re-opened for work on the railway line in the 1840s and the Thirlmere pipeline in the 1880s.

The properties of the clay and shale used for brick-making were recognised by the Romans, who made tiles and pottery in the Quernmore valley. Local brick-making began in the mid-19th century, no doubt encouraged by the new railway enabling the easier transport of the bricks. The kilns of the large Claughton brickworks, which began in the late 19th century, were right by the railway line. The Brookhouse Brick Company did not have this advantage. Strangely, despite all this local brick-making, few local houses are made of brick.

There was also local extraction of coal, a near-surface strip of which exists from Quernmore towards Ingleton. According to Hudson (2000), there were pits at Hollinhead near Gresgarth Hall and near Haws House, past which we walked next. But only after encountering a hare on the road. This is the third of our recent local walks on which we have seen a hare, although we did not see any when we set out specifically to see them (80). Thatís the nature of nature.

We passed what was the tiny St Anneís chapel, which functioned from 1752 until 1969. It may have been tiny but it seems substantial for the small number of people who could have formed the congregation. At Crossgill Farmhouse, dated 1681, we noticed our first swallows of the year, on schedule, two weeks after the sand martins (79). Leaving the road for the first time for the track from New House Farm, we managed to locate the medieval cross base, now a little overgrown. The cross itself is, of course, no longer present but its memory lives on in the name of Crossgill.

As we walked down Littledale Road, we appreciated that, since there are no longer any extractive industries in the Caton parish and there are unlikely to be any in the foreseeable future now that the parish is within the Forest of Bowland Area of Outstanding Natural Beauty, nobody can take anything away from our local landscape. As we would wish, what we see now is what we will continue to see ñ apart from what we add to it, such as windmills.


&nbsp85.   The Tarn Brook Heronry
&nbsp83.   Gray's Seat and the View from the Crook o'Lune
A list of all Saunterings so far