I recently came across a couple of online descriptions of winter expeditions in North-West England that have put my own ambitions in perspective. My aim of visiting areas of North-West England more-or-less at random has rather lapsed this winter. I have lacked the commitment to scrape the ice off the car, to get out early to reach distant parts, to make the most of the limited daylight hours, to walk in sleet, ice and cloud. Using a car demands a serious hike. So I’m trying to use public transport more, although that further limits the range and time available for my outings. The main factor, however, is that I value safety, perhaps more than in the past.

On this outing I walked from my home around what used to be a regular running route but which I have not visited recently. I had no need of a map or any special equipment. Even if there was snow and ice remaining on the hill-tops I was sure that I wouldn’t reach it. I walked in daylight, obviously – but there are those who seek the extra challenge of night walking. The first of the on-line descriptions to which I referred concerned the ‘Hill Explorer’ walking around the Yorkshire Three Peaks (Whernside, Ingleborough and Pen-y-ghent) on a January night. He asked for volunteers to accompany him but only one young woman, whom he didn’t know, did so. They completed the 24-mile walk in a bit over the 12 hours allowed for the Three Peaks Challenge but they must be disqualified anyway for failing to find the Ingleborough trig point in the dark (rules is rules). They discovered “just how much harder it is to navigate at night”. Well I never. And – surprise, surprise – they had some difficulty walking on ice in the dark. Accidents are liable to happen at any time: we don’t have to provoke them. Luckily, they had no accidents but what if they had?

I walked into Littledale, which is a little dale tucked between Caton Moor and the slopes that lead up to Ward’s Stone, the highest point of the Forest of Bowland. It is always a peaceful dale with very rarely anybody to be seen. I saw little wildlife either but I did notice one pioneering lapwing that had come early up to the fells, practising his flights of fancy in the sun after the recent snow, but I fear that he may suffer from premature elevation. There were only a few streaks of snow left on the Bowland hills. The footpath, which eventually leads into Roeburndale, passes through woodland, above Littledale Hall and through sheep fields, one thoroughly studded with fresh molehills. Are moles especially active after a spell of frozen ground?

The Littledale path does not venture onto the rough, craggy, heathery, millstone grit moors of Bowland – unlike the path that was tackled in the second of the descriptions I mentioned. This video by ‘Lancashire Wanderer’ says that it’s about a walk from Hareden to Totridge and Bleadale Water and back by Langden Brook. The actual walk shown is the other way about – it begins by Langden Brook. If that is not disconcerting enough, my alarm bells began ringing when they missed the first path off (the one south to Bleadale Water) and then proceeded to have a prolonged brew by Langden Castle, which is actually a barn. It’s only half-an-hour’s stroll to the barn. They shouldn’t have needed a tea break yet. They needed to get a move on because the walk they had in mind is quite a challenge, as is clear from the map even if you’ve never been there before. Later, it became obvious (to me but apparently not to them) that, judging from where the sun is at 18 minutes into the video, they would not get round the planned route in daylight. 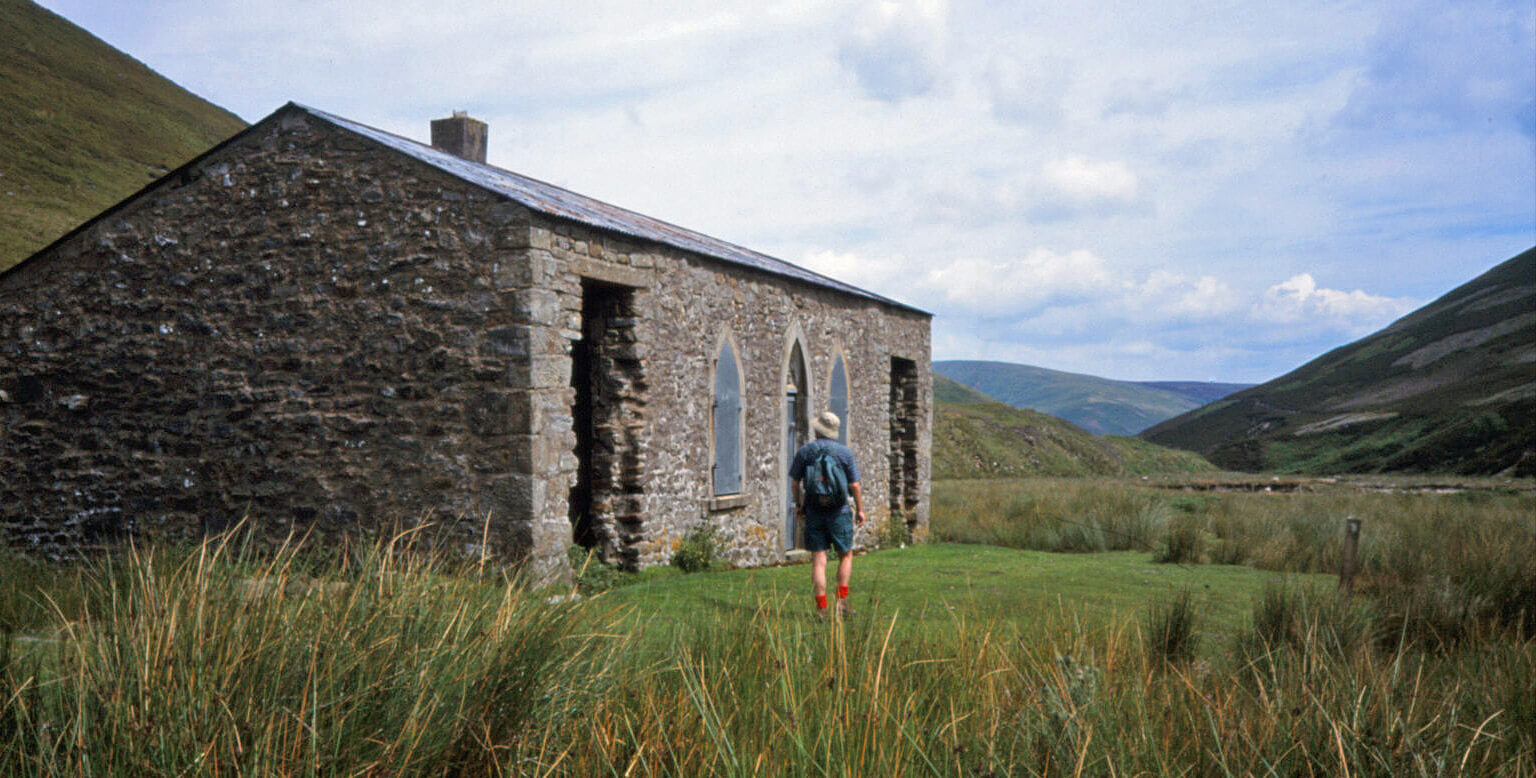 They amble on, fall in the beck, slide down a bank, and duly get lost. By 23 minutes they are in the dark. “It went dark” laments the leader, nonplussed by the inconsiderateness of it. He decides that they must walk ‘as the crow flies’ to get back to the car. As the crow flies, in the dark, over Bowland hills! By 26 minutes two of the party have been abandoned, one of them injured. From a spasm of self-awareness, we hear “stupid, this”. Some hours later, the benighted couple are retrieved by Mountain Rescue, with four police cars and two ambulances assisting. They were very fortunate that (as the leader was clearly unaware) the Bowland Pennine Mountain Rescue team is based at Smelt Mill Cottages, right by where they had parked. Afterwards, the leader had the gall to comment that Mountain Rescue were “singing my praises” because he could give them the GPS coordinates for where the couple were. That was the only sensible thing he did in the whole expedition! Why do people post such videos on-line? Do they not realise how irresponsible and incompetent they are? Are they proud of such escapades? Or are they intending to warn others?

I walked past the isolated farm of Deep Clough and one-by-one the Three Peaks appeared ahead of me, Pen-y-ghent, Ingleborough and then Whernside, the last the snowiest of the three, as befits the highest. I could see them all, perfectly arrayed, and much else besides, which is more than could be said for our Three Peaks night walkers. The woman commented that with night walking “you become one with nature … you’re much more in touch with everything you pass by”. That’s what all ‘adventurers’ say. The sentiment is contradicted by her own words – she mentions absolutely nothing of whatever it was she felt ‘much more in touch with’. But then, as her companion said, “we arrived at the [Ribblehead] Viaduct, which is normally an amazing sight but on this occasion quite invisible!” If you can pass by the Viaduct and be unaware of it, what exactly did she pass by and feel at one with?

Whernside, Ingleborough and Pen-y-ghent from the Caton Moor bridleway

Continuing on the bridleway over the crest of Caton Moor, I found the expanse of Morecambe Bay spread out ahead, embraced within the promontories of Fleetwood and Barrow-in-Furness. From this perspective it seems not surprising that tourists used to be ferried between the two. And then the Lake District hills, from Black Combe to High Street, came into view, still impressively white, followed by the Howgills, at the head of the Lune valley, and then our friends Whernside and Ingleborough re-emerged on the other side of Caton Moor. From here it is a gentle cruise downhill with my home village visible ahead, nestled in the valley. It is a local walk but I don’t take it for granted. There really are remarkable views throughout. And there’s no risk involved. Those who need to endanger their own and other’s safety to gain the thrills they need should really adopt more suitable activities than walking.


&nbsp42.   Appreciating Meg and Lucy
&nbsp40.   In the Borderlands of Burton-in-Lonsdale and Bentham
A list of all Saunterings so far