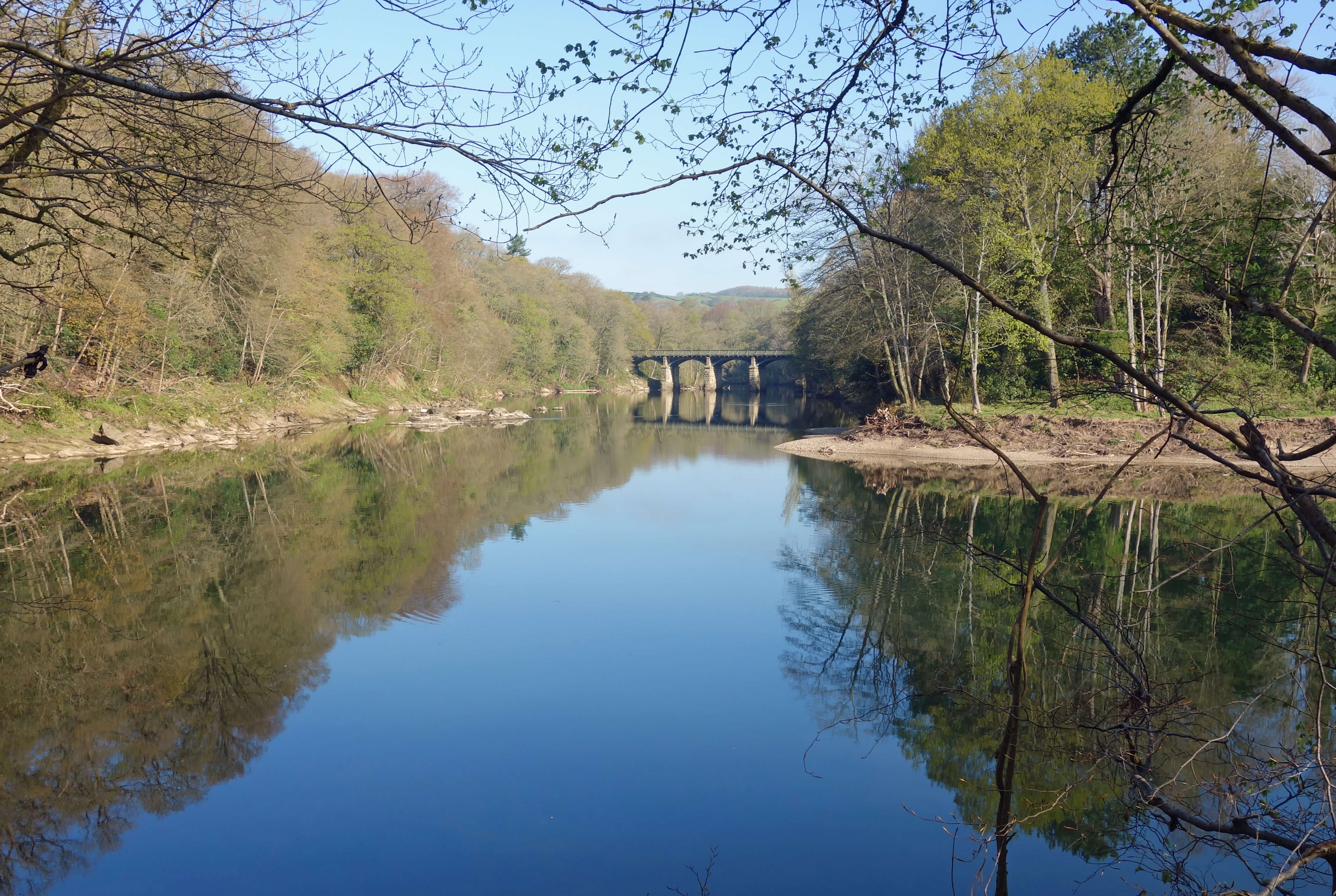 We set off to walk alongside the River Lune to GrayÆs Seat, which we have not visited since shortly after it was created as one of the artworks to mark the new millennium. The river was very low, scarcely moving, and a haze reduced Ingleborough to a faint outline. After walking to the Crook oÆLune and through the wood, we found the path from the A683 to GrayÆs Seat to be rhododendron-shrouded and narrow, which in these strange times is a worry, since if there were anybody else on the path we could only keep two metres apart by manoeuvring like two lorries on a narrow lane.

Thomas Gray (1716-1771) visited this spot û or somewhere near it û in 1769 and expressed the opinion that ôevery feature which constitutes a perfect landscape of the extensive sort is here not only boldly marked but in its best positionö. His opinion needs to be put into context. Gray was an eminent poet at that time, which was a time when society afforded poets eminence. His reputation had been established mainly by his Elegy Written in a Country Churchyard. He was a diffident character, considering only thirteen of his poems to be worth publishing and declining the position of Poet Laureate. He spent most of his life in Cambridge although he had travelled to the Alps to be suitably awe-inspired. In 1769 he decided on a ten-day tour of the Lake District, perhaps anticipating similar thrills.

However, Gray was not much of an outdoor type. Thompson (2010) has the impertinence to say ôhe was û in twentieth century slang û a bit of a wally, both gullible and ineptö. His retreat from the fearsome æjaws of BorrowdaleÆ is now regarded with ridicule. This serves him right for going on about being a-tremble at the thought of being squashed by huge rocks tumbling down from the mountains. If he had said that he needed to return to Keswick for his dinner then weÆd have thought nothing of it.

Anyway, he is sometimes considered to be the Lake DistrictÆs first tourist and his subsequent journal was instrumental in starting the LakesÆ tourist industry. After leaving the Lakes, he stayed at Lancaster and presumably passed the Crook oÆLune on his way to Yorkshire. With his timorous nature, he seems to have found the mellow Lune valley more to his taste than the alarming precipices of the Lake District.

As for the view from GrayÆs Seat it was, of course, a disappointment. I say æof courseÆ because it was a disappointment from the start, when there was only a tiny gap through the trees to see a fraction of GrayÆs ôperfect landscapeö. ThatÆs still the case even though the trees are not fully-leaved yet. IÆm not even convinced that itÆs possible to see Ingleborough from this spot, despite Gray saying that ôIngleborough à makes the background of the prospectö. Perhaps he sat somewhere else?

His opinion of the Crook oÆLune probably encouraged J.M.W. Turner to pause here too, in 1816, leading to his celebrated painting of the view. The Tate Gallery offers us three versions. The first is a pencil study (a sketchy sketch) made on the 1816 tour. The second is an 1820 colour study based upon it. This somewhat lacks detail and topological verisimilitude. The third, published in 1821, is described as a line-engraving "after Turner". The engraver was James Archer and I have no idea whether the extra detail of the 1821 version should be attributed to Archer or Turner. Nowadays it is a fourth version, a painting of the line-engraving, which is most often seen. I also have no idea who is responsible for the colouring. Should this painting be attributed to Turner at all? At all events, we can probably say that TurnerÆs view was from somewhere near GrayÆs, since he seems to have been able to see over the crook to the valley upstream.

Neither GrayÆs view nor TurnerÆs view is the one most appreciated today. We are over-keen to seek support from eminent aesthetes of the past. We should make our own judgements. The familiar view from near the Crook oÆLune car park is as good as GrayÆs or TurnerÆs, whatever they saw, wrote and sketched.

The view from the Crook o'Lune (on an earlier, less hazy day)


&nbsp84.   A Loop along Littledale Lanes
&nbsp82.   A Peek into Artle Dale
A list of all Saunterings so far